Jackson has been celebrating his birthday since Saturday. It was actually on Monday, but since it was getting late when we got home from dinner last night, we left the birthday unfinished. We proceeded to celebrate, but still haven't finished. Here are some pictures from tonight's celebration.

Jackson LOVES cupcakes. He's been talking about this one all day. Check out him opening his mouth wide in anticipation of stuffing the cupcake in. 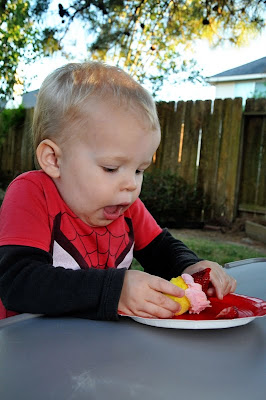 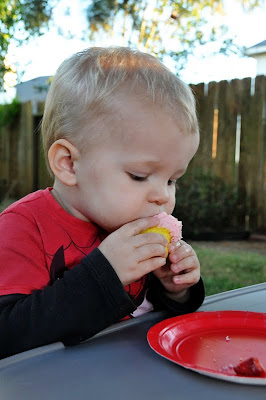 His big gift from us was this picnic table. 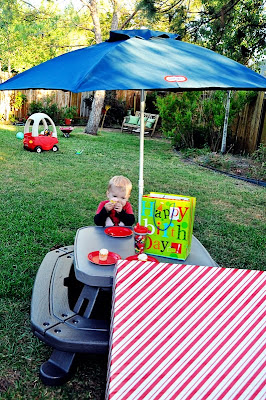 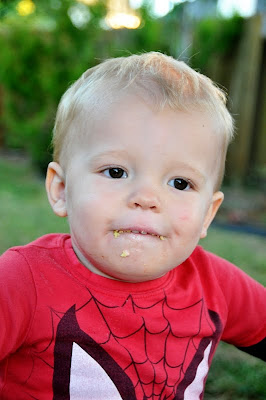 Sunglasses on kids must be one of the cutest things ever. It's even cuter than hands in pockets. 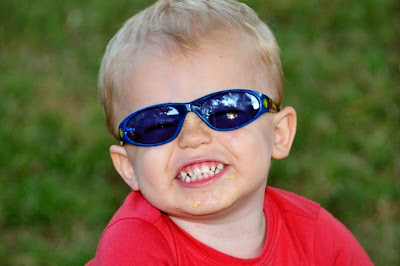 Grandma and Granddad MacGregor left Jackson's gift for him before leaving for California. Although it hasn't been opened yet, we have had trouble getting him away from the picture ever since he opened it. When he saw what it was (Sand/Water table) he basically dove on top of it. 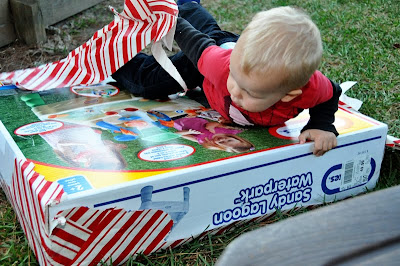 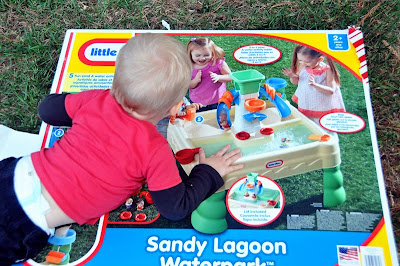 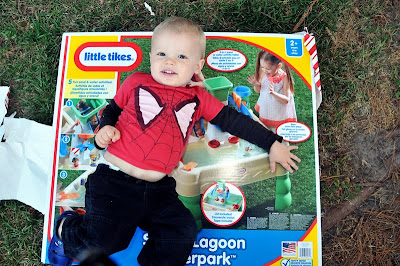 Getting him into the bath (which he normally loves) was quite the fight because he didn't want to leave his toy.

I think tomorrow we might actually wrap up his birthday. He has just a few more gifts left from a few people.
Posted by Noelle MacGregor at 10:21 PM

Love the shirt, the sunglasses, the cupcake. Love it all!!