This week has been pretty crazy between us working, the boys both getting sick and Uncle Joseph visiting. Uncle Joseph lives near Chicago and has an intense job that doesn't allow for much time off. This is the first time he's met Jackson or Ben. Jackson is IN LOVE. He just can't get enough of Uncle Joseph. Jackson has been stuck at home most of the week from being sick, so we took a trip to the zoo to get him out of the house for a couple of hours of fun and animals. 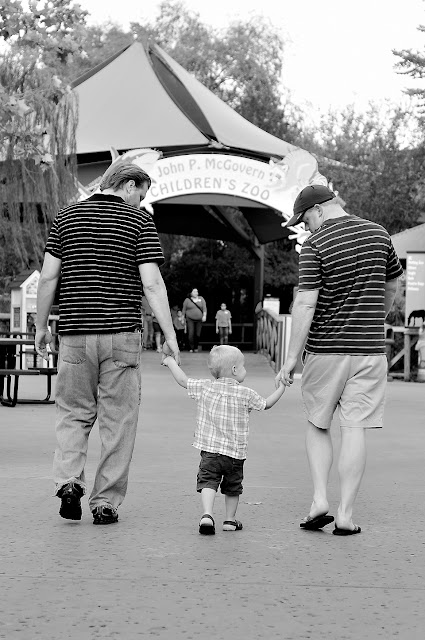 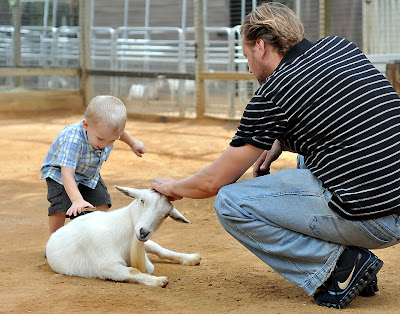 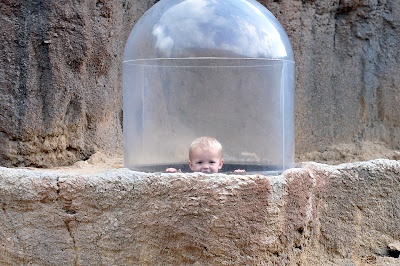 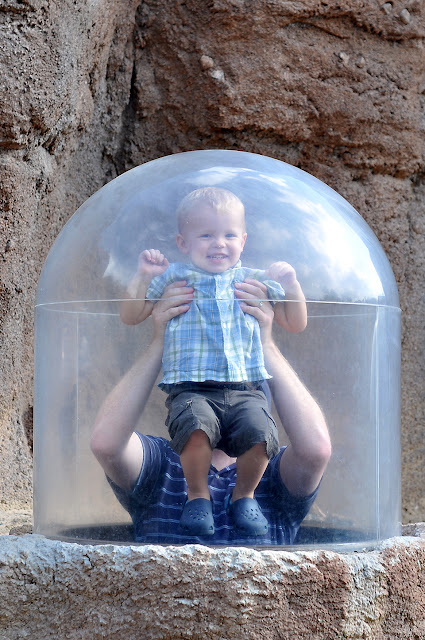 I can't believe Ben is already 7 months. He's growing up so quickly. He can sit up very well, going from sitting to crawling, and crawl crawl crawl. He is definitely more interested in toys now (and his brother!). Jackson loves to make Ben laugh. It's pretty hilarious to everyone else watching too when he does it. He makes this crazy fake laugh noise and jumps/dances around. Ben laughs. Today he flipped us out a little because he started pulling up on things to stand up. We are NOT ready for that! We had to lower his crib tonight because he did it in his crib. He can't stand long, but we fear that isn't far behind.

Ben has a wonderfully huge smile. The kind of smile that makes you instantly smile. The kind of smile where you know it is physically the largest smile he can possibly give. We think that smile is what has won him favorite kid at daycare. There are only three kids in his class, so I guess it isn't saying much. But, we agree with his teacher on that one. We know he's well loved at daycare. It's really sweet; his teacher on Fridays always has to give him one last hug since she won't see him for two days. She always says, "I need my weekend hug!"

Ben is eating solids now. He LOVES cereal, but that's about it. He'll eat other things, but he doesn't go crazy for them like he does cereal. He's currently eating bananas, pears, applesauce, carrots, green beans and sweat peas. Earlier today we read about Jackson at 7 months and realized that Ben is getting a little bit of the "second child" treatment. At 7 months Jackson could drink out of a sippy cup (we've never even handed one to Ben) and Jackson could give high fives. We have some work to do now. Ben, though, can give a pretty darn cute wave.

Ben is also obsessed to crawling over to wherever Jackson's Crocs are to chew them. Yuck.

Finally, Ben has a STRONG personality. He is extremely happy most of the time, but when he's not, he will let you know it. Unfortunately, he's starting to get mad when people leave the room or when he's bored. Although we may not post as much about Ben with our busy, crazy lives these days, he does cute/funny things all the time and we love him!

There are 7 mo pics coming, but it will probably have to wait until another day.
Posted by Noelle MacGregor at 4:53 PM 1 comment: