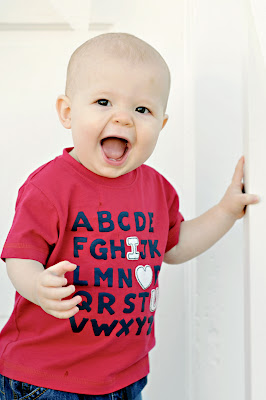 Our little baby is growing up. We can't believe he'll be one in less than a month! Well, actually, we do have some clues that he's getting close to being one. He is heading to the big oh-one as quickly as he heads towards anything - running, not allowing anything to get in his way. It's hard to believe a month ago he was not walking. It was January 7th that he took his first steps and he seemed to put all his energy into perfecting balance after that. While some toddlers toddle about, this kid stands there, arms out, getting his balance perfect, then he moves forward, determined and focused. He can make it to the other side of the room so quickly that it's difficult to catch him on camera. Once you get set up to take the picture, he's already out of the shot or grabbing onto your legs. This negates Rob's method of removing Ben from trouble spots (under a table, by dog food, near schoolwork) - Rob would just put him down on the other side of the room, thinking it would take him long enough to make it back that Rob could get some work done, but Ben is pretty much back where he wants to be immediately. He's fascinated by climbing too. He's climbed onto the Plasma-Car toy the Kemps bought his brother, and even though this car is on wheels and in motion, Ben had no problem getting his leg over it to ride it. He has also been caught standing on it several times. He has no fear. Even Jackson doesn't stand on it. He also uses his balance for climbing and we have only a few bumps to show for it. Bath time is pretty much full on wrestling to keep him from going underwater or over the bath tub wall.
And that's Ben - he's watched his brother and decided that is how he will be. He already trucks along to follow his brother anywhere. He now realizes that to keep what you like, you have to grab hold as hard as you can and scream if someone tries to take it. Ben's grip is strong and his screams are powerful. He's also essentially all muscle, because if you lift him up when he wants to walk or does not want to be lifted, he will try his best to use his legs and back to buck or push his way right out of your hands. Despite the strength, we're keeping a tight hold on him. Jackson is even more firm with him. He's taken some good smacks from his big brother in the past month, and I'd say Jackson has about two more months of Ben being defenseless before Ben starts sweeping the leg or pushing him down. Ben has already clocked Jackson with a toy or two and has managed to pull Jackson down a few times.
But he loves that brother of his. When they play together or laugh together or scream back and forth, you'll see Ben's eyes stay focused on Jackson as he laughs. If Ben sees Jackson getting attention, he wants to get in the middle of the action immediately. Jackson is the same way, of course, always wanting to know where Ben is and wanting to help with Ben when we're with him. (Add in two attention-starved puppies and you have two parents who are getting exhausted giving out attention.)
Then there are the teeth - Ben finally has some. His third tooth just broke through and number four is right behind it. Let's hope this may make it so he'll eat something besides liquified baby food and puffs. Every remotely lumpy baby food is met right now with disgusted looks and his tongue pushing out the clumps for us. He's a quick sorter of food by solidity, in case you were wondering.
He's still a little guy, still wearing some 3/6 month pants today. He wants to be held if he is remotely tired and he will run into our arms now. He's just getting to enjoy waving to people, but he only calls Mama and Dada by name. (I swear the last few days he has started saying no... This would be from his brother.)
Man does Ben love socks and shoes. If you put his socks on his feet, they will be off and in his mouth in less than a minute. If he's moving around, odds are he's trying to find someone's shoe (or its best alternate, a remote control). He also loves to play cars like his brother, but anything can be a car for Ben. He'll make lots of car noises as he moves something around in front of him.
With the constant war for attention in this house, we have let a few dates slip past. The other day, Rob realized Jackson's 1,000th day should be happening soon. He checked, and it was the 1,002nd day. He then discovered it was Ben's 334th day, literally a third of Jackson's age. This means Ben is halfway to being half of Jackson's age. It all happens so very quickly. Luckily, there is a photographer in the house who is happy to capture some of the little smiles we get each of his 341 days. 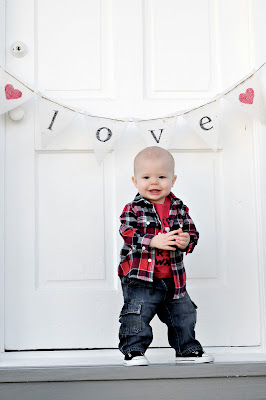 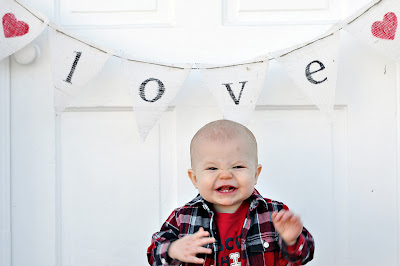 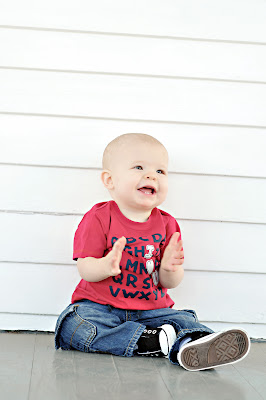 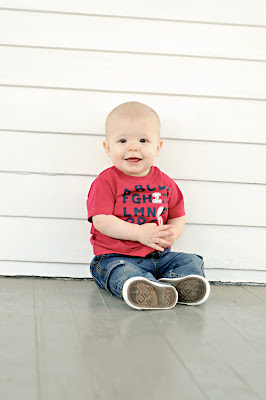 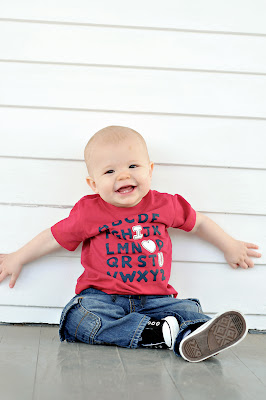 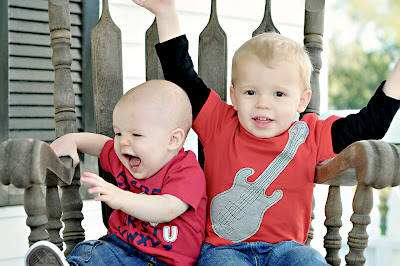 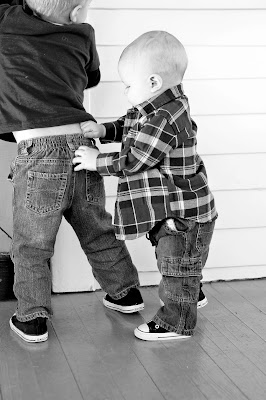 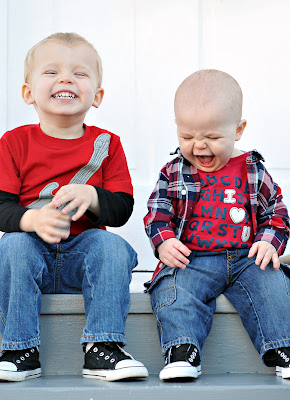