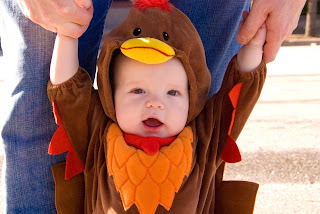 Every year on Thanksgiving Rob insists that we get up early, pack up the blankets and hot tang and head into town to yell at floats and marching bands as they pass by. Each year we arrive early to ensure that we have the "best" spot at the front of the crowd to yell random children's names in hopes that someone in the band of 100 has that name. We wait on the corner until the street is blocked off and stake our claim by spreading as many large blankets across the street as possible to make sure everyone in our group has a good view. We know we can always count on the Goulds to get there early and help grab the spot. Even when Bethany is pregnant, she will get that spot. There's no stopping her. This year, when we arrived, Sally (first timer) had already arrived with her son Cash and claimed a great spot on the curb, which meant no waiting for the street to get blocked off. It was a different spot than usual, but great none-the-less. But, it was in front of the ropes. We were all settling in, Jackson was getting his second meal of the day, 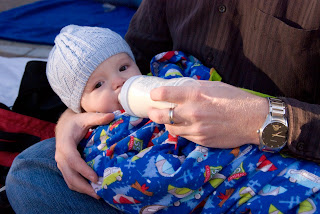 and friends were arriving. Then, a police officer came up to us and told us that we had to move behind the ropes. We tried to argue with her, since we were on the curb and out of the street. She wasn't having it. She claimed that last year a child got hit by a float because he wasn't behind the rope, so everyone had to be behind the rope. We think she was lying. I think Bethany was already across the street before she even finished her explanation. She was ready to stake claim when the street was closed. In the meantime, I went to talk to another police officer and asked him about the rope issue since we were out of the street. He said that we were fine as long as we were out of the street and he had already told the other office this. So, we were able to keep our spot. 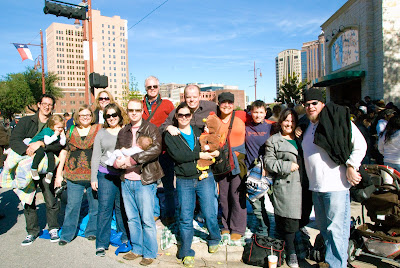 Jackson experienced his first parade as did Sally and Cash and a few other friends. We had a few no-shows as usual. The bed is awfully comfortable that early in the morning on Thanksgiving, so we understand. And Jackson debuted the turkey costume. Although it was 6-9 months, it was too short for his long body. It was supposed to cover his feet, but really looked more like capris. But, it worked. Fun was had by all. This is Jackson with his new friend Cash. They are holding hands - so cute. 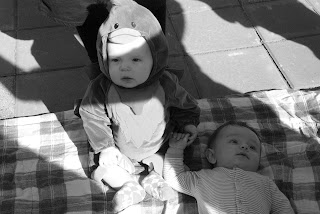 I think this picture looks morbid. 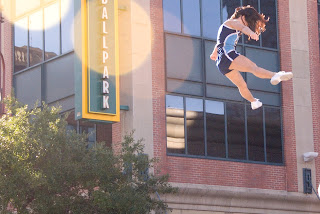 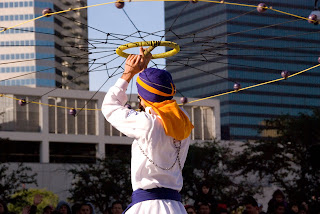 This crazy lady snatched Jackson out of our hands and demanded that we take a picture of them together. I don't think she realized she'd never see the picture. 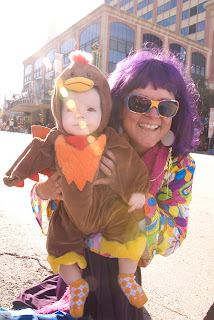 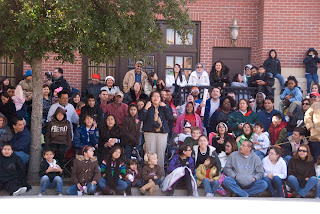 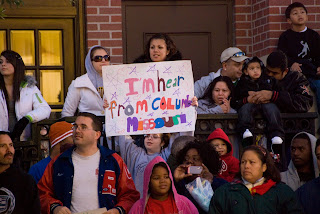 Chris did his usual yo-yo tricks, but not only did he get attention from the crowd - this year he was interviewed for tv. Click here for the segement. 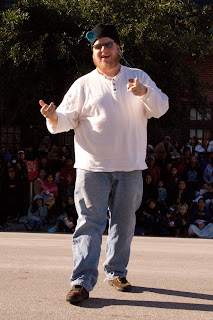 Jackson took a little nap during the parade. 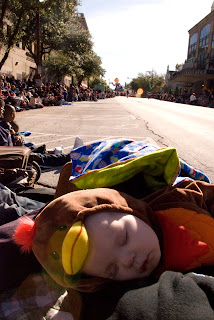 He also tried to drive us home. 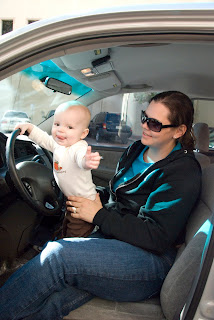 Oh yeah - and Rob felt justified sitting on the front row (after years of guilt) because he has a baby. 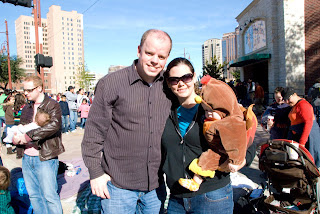 Posted by Noelle MacGregor at 8:57 PM

I love the photo of Jackson asleep with the parade route in the background.

And yes, I was already across the street...and that's part of why we're friends because you too know how to take care of business. Manning the cop interaction while we covered our bases...excellent team work.

And I think it's funny that Rob feels guilty for sitting in front, while I never have. Rob's a better person.

Great pics! Looks like a great time was had by all.

Darling turkey costume! That made my day!