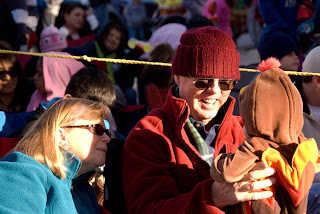 After being reunited, at the parade, with his Grandparents on the MacGregor side, we returned home to the smell of delicious turkey in the oven. Grandma Stockman was already there with the turkey almost finished. We had some snacks and finished the other dishes before sitting down for Thanksgiving linner. It was a little bit of a squeeze to get 11 people around the table, but we managed. Since it was Thanksgiving, Jackson had some sweet potatoes for dinner and then some applesauce while we had apple pie. Jackson still hates bananas, but loves applesauce. We read that babies have to be exposed to something they don't like 10 times before they will begin to develop a taste for it. We're on number 5 for the bananas. We'll let you know how #10 goes. Carrots are next! 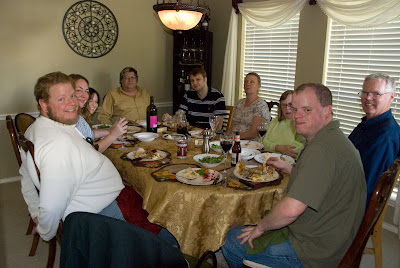 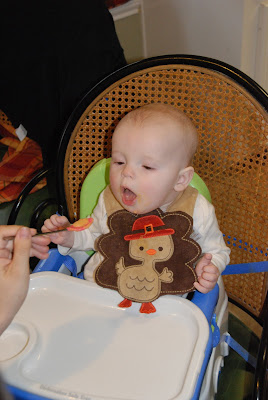 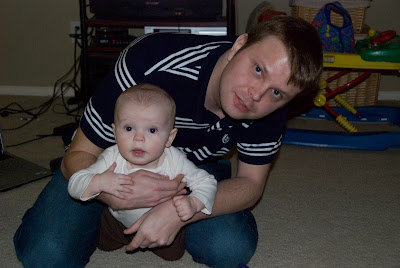 Posted by Noelle MacGregor at 11:31 PM