Jackson is now seventeen months, and he's so busy running around becoming his own person that we are trying to keep up with him, which makes it difficult to keep up with the blog. But now's a quiet moment with him asleep, so here's a little glimpse of Jackson as he is this weekend. He decided to dress himself yesterday morning. He already had on a lovely pajama bottom and orange shirt (from Friday) ensemble thanks to Daddy, but he decided to complement the outfit with his new Adidas Jacket and a swim diaper hat. 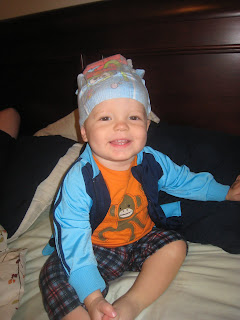 Once the camera came out, we saw how he has learned to smile. There were pictures at school this week, so I imagine there was some training there. His natural smile began morphing to this - 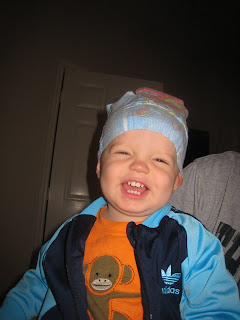 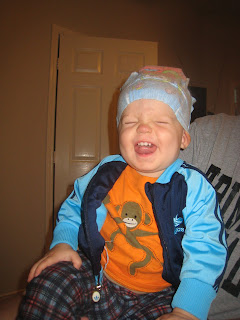 Jackson usually hates hats, but lately he's been bringing me mine a lot, so this diaper on the head may actually be indicative of our son finally embracing hats. Today he tried to stretch a sock over his head. 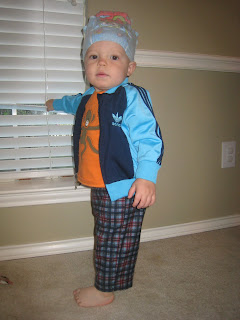 Check out the back of his awesome Adidas jacket and be envious. We love Once Upon A Child (but we hate the website's music and apologize for linking to it). 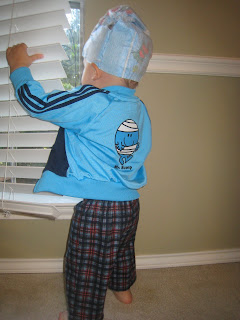