For Violet's 3rd birthday, Jackson went to his first movie (yes, we know that children aren't supposed to watch TV/movies until they are 2). We saw Toy Story 3. The movie was a 3D movie, which was neat...except Jackson refused to wear his 3D glasses. If you don't wear the classes, everything is very blurry.

Jackson was so enthralled he didn't even take his eyes off the screen to hand me the 3D glasses that he didn't want to wear. Disclaimer: Do not look too closely at this seat or you will not want to go to the movies again. It looked fine at the theatre. Darn flash. 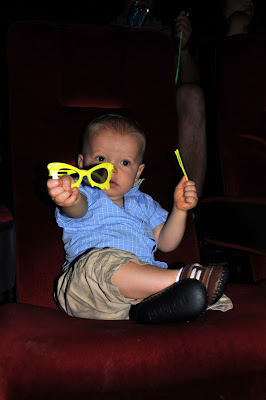 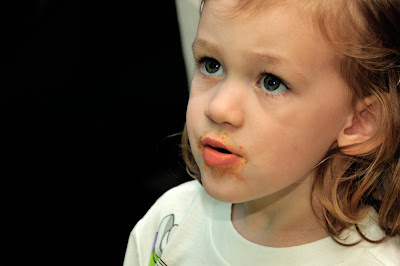 Jackson spent much of the time hanging with lil David. I have never seen him be so gentle. He lightly touched his hair, rocked him, and admired his shoes. He also did a lot of staring. 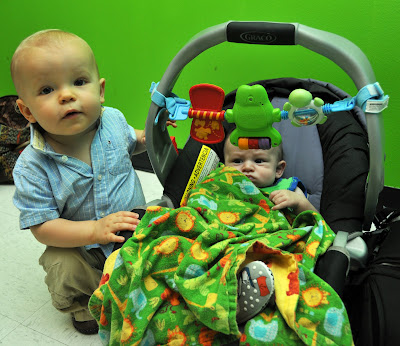 Awww. Will. We don't get to see enough of this cutie! 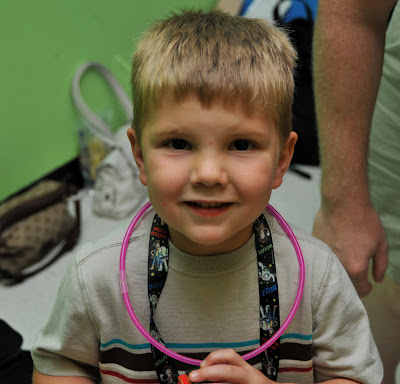 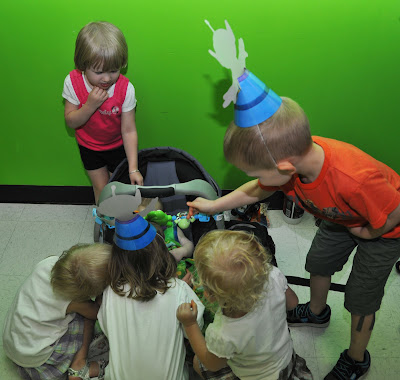 Posted by Noelle MacGregor at 1:54 PM

Aww. Thanks for posting these and for coming to both parties -- you guys are nuts!