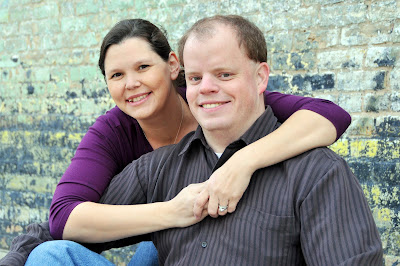 I don't think so. But, apparently "big city folk" can make the "small town folk" a little nervous.
Rob booked a B&B, The Katy House, in Smithville for a quick overnight trip. It was our first night away from Jackson, who was left with Grandma Stockman. We knew he was in good hands, but it was still a little tough to leave him. Smithville is a cute, sleepy town that's between Houston and Austin. We've driven through it before, but never really spent much time there. The B&B is within walking distance of the main strip. After settling in, we grabbed Noelle's camera and Rob's toaster and headed towards the main strip. We were taking a few pictures on the way. 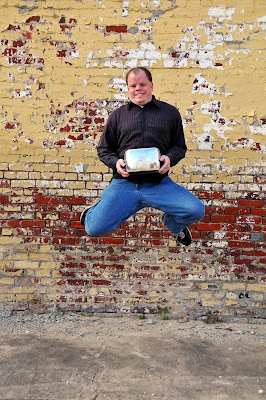 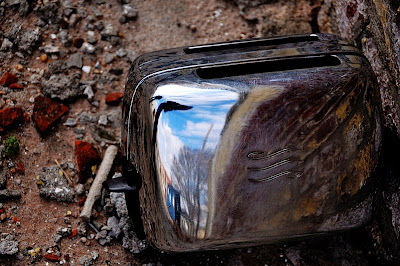 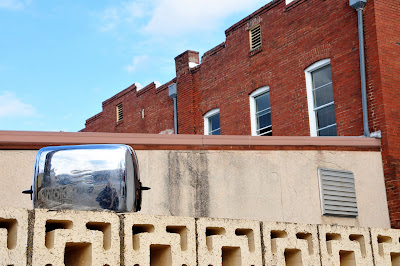 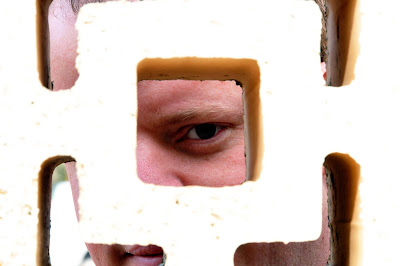 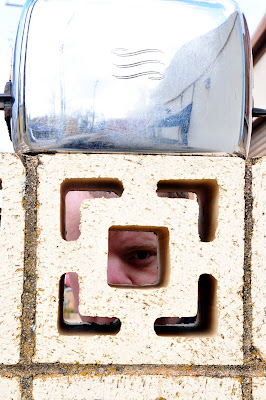 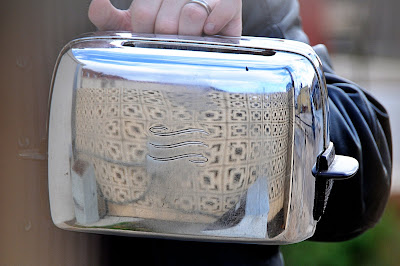 We were having fun taking silly pictures when an unmarked police car sped up to us. After some intense questioning we found out that we had apparently been taking our pictures behind a bank and were apparently making the bank very nervous since we were taking pictures. They ran some checks on us and our car and were very suspicious that we were visiting from Houston. "There are tons of bank robbers in Houston right now." Um, okay. I think that after talking to us for a few minutes he realized that we were very unlikely bank robbers. Rob with his toaster, me with my camera and preggo belly? What would our name be? The toasty belly bandits? Turns out the officer was from Houston (by the way - check out the boots and 'stache) and in the end chilled out. We even talked him into a picture with the toaster. 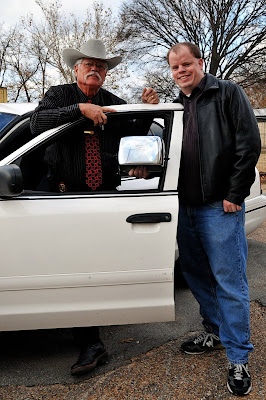 After some antiquing and whatnot, we looked for some dinner. We headed out to La Grange to try Bistro 108, but it was closed on Mondays, as were many small town restaurants, so we eventually ended up at La Grange's Pizza Shack. 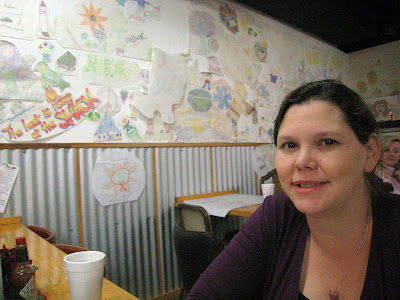 The pizza was okay, but the family-friendly atmosphere might have been a little much for a couple away from their child. There were butcher paper rolls on the wall on which customers had drawn pictures and the TV was tuned to Nickelodeon playing lots of iCarly loudly. It was a dinner pretty much instantly regretted.
We slept until 8:30 in the morning and met the other characters at the B & B breakfast. One of them happened to be Noelle's old boss from her intern day at the Astros, Phoenix. Small world.
The B & B had a railroad theme going since Smithville is a big railroad town. They've purchased the oldest surviving caboose from the old Missouri-Kansas-Texas line (that Katy is named after) and are going to turn it into a room for the B & B. They've got a long way to go. 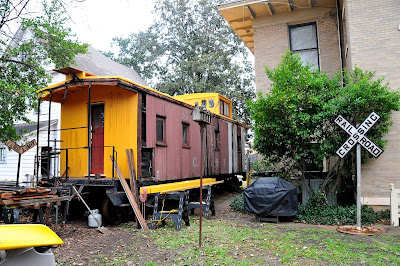 Across the street was an old ice house in which Rob had once ended up on a bike trip with his friend Jess. It was fun seeing it again, especially being as it didn't involve biker shorts and punctured tires. 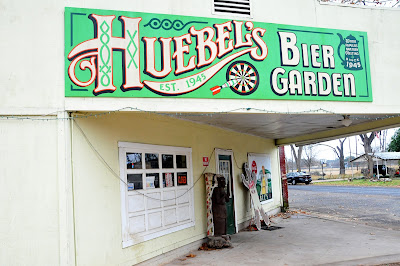 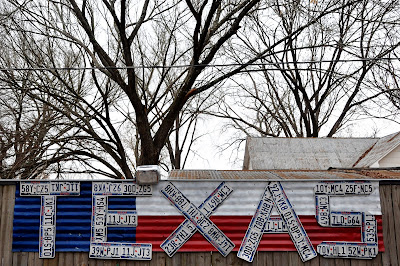 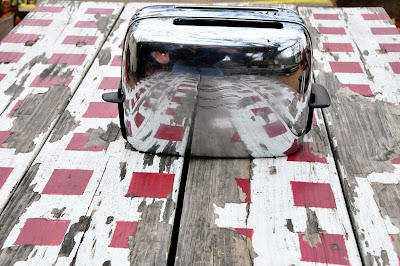 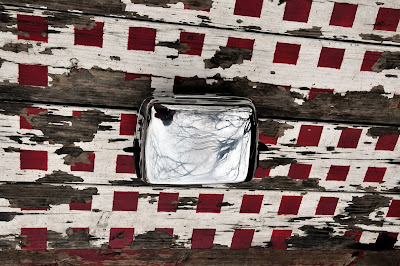 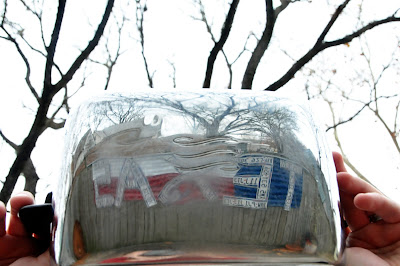 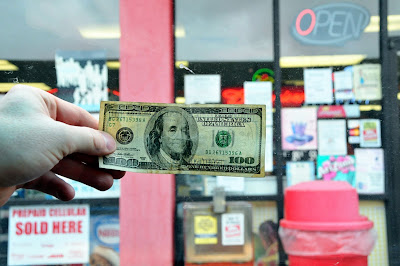 We had lunch at this awesome restaurant called Back Door Cafe. While we were at an antique store we asked the owner what kind of food they offered. She told us the owner offers a few different items each day and she guaranteed it would be good. He closes for three months each summer and goes to cook at a resort and then reopens each fall. We loved the place. The lunch was $7.50 and started with a salad, bread, and a cup of beans. Rob got the pork schnitzel and I got the chicken fried steak. Each came with two sides and iced tea. Not bad for $7.50, especially considering it was so good! We will definitely stop there in the future on the way to/from Austin. 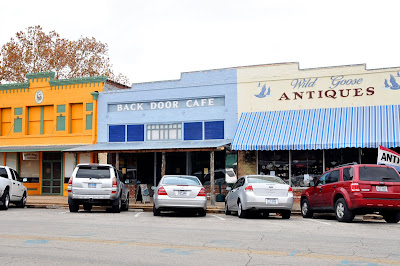 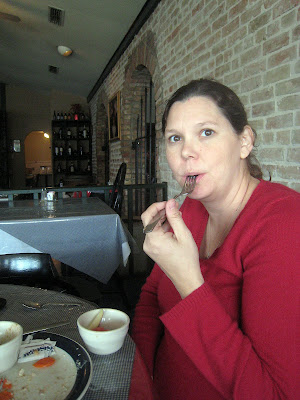 It was good. Hey Rebecca - let's plan a weekend where we can meet halfway to each other in Smithville and eat here. 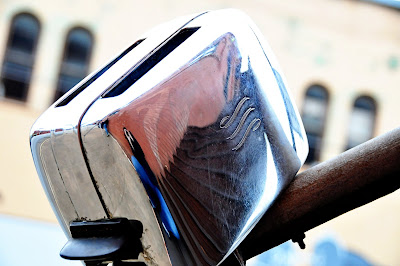 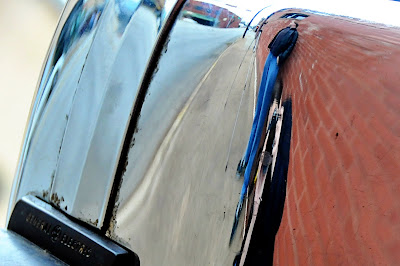 The town decorates large gingerbread men, but most of them are pretty cutesy and not at all terrifying. This one was different. 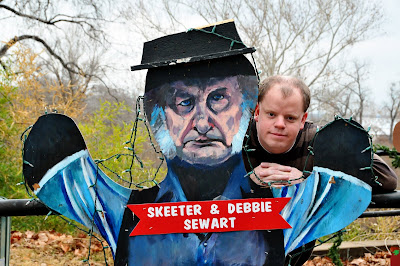 Check out this little girl who came running out of her house in a tiger costume. There had been tigers all around town being as Smithville High has tigers as their mascot, but this tiger was supercute. We thought it was particularly funny because Hope Floats was filmed in Smithville and this little kid in it was always wearing costumes. 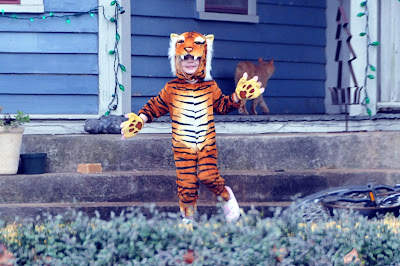 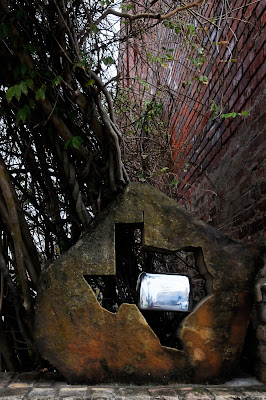 On the way home, we also stopped at a painted Catholic church. 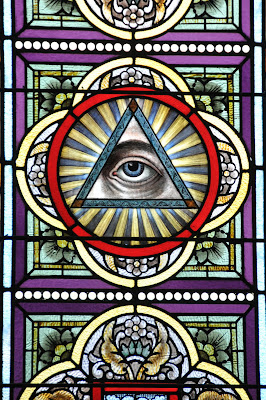 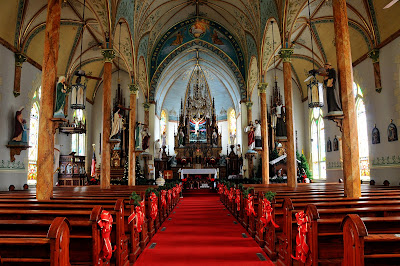 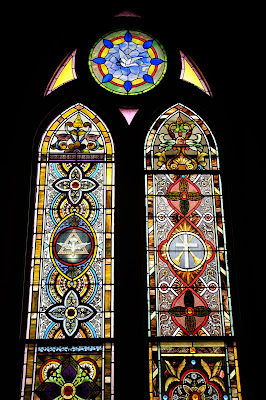 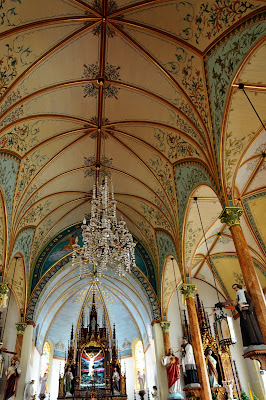 After that, we stopped briefly in Schulenburg to get some coffee and Blizzards, which were also immediately regretted. All in all we had a great time, but we were also happy to get home and see our little boy!
Posted by Noelle MacGregor at 9:46 PM

That Ice House was awesome!!!

Remeber how we stopped there and made the girls we were with hitch-hike (on the side of 71)back to the campsite to get the car. In the freezing sleet. While we sat in the warmth and drank beer.

You guys sure did a lot in a one night trip!! The best part though was how you talked the sheriff into a pic with the toaster. That is hilarious!!! And he was looking all tough too. The jumping shots were very entertaining too!

Sounds like a great time for being away from your little man. :)

I love this too. I want to go to that church.

What a great blog entry. Thanks for sharing the experiences and the photos. Well done! So very entertaining.