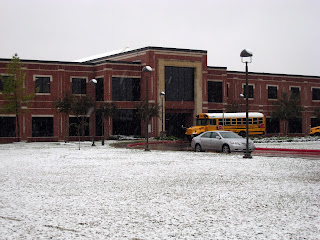 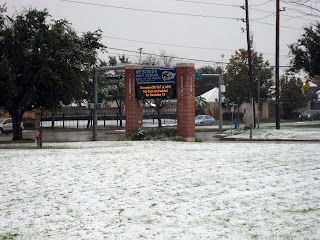 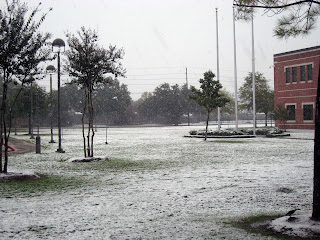 Yesterday it snowed in Houston. It's the third time it's snowed since Rob and I met. Not bad for Houston. One time was on my birthday (Christmas Eve, which was awesome timing), but as far as volume goes, this was the best of the three.  Unfortunately, we were at school during most of it. Rob spent most of the snowfall writing a quiz over Shakespeare's Antony and Cleopatra. He regrets that. After school, we were given the task of stopping any snowball fights. That forced us to go against every fiber of our being, but we did it. We also helped Rob's student make a snow man. 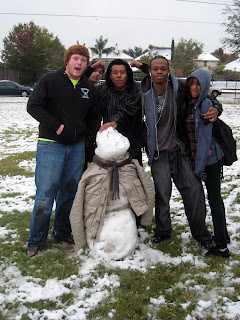 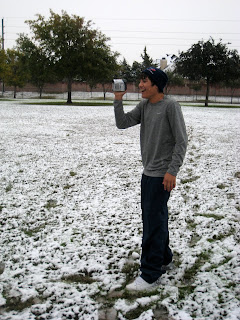 By the time we picked up Jackson and made it home all the snow had stopped, but there was still plenty on the ground. We put Jackson's snowsuit to good use and brought him to the park at the cul-de-sac. We kept him bundled up on the way there. 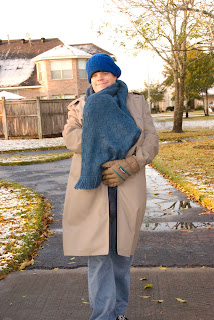 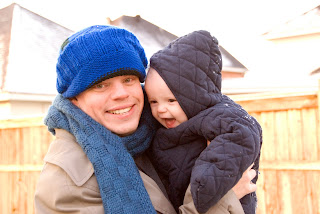 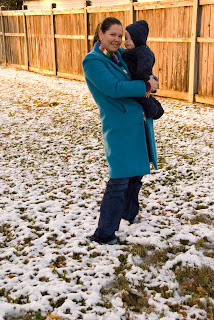 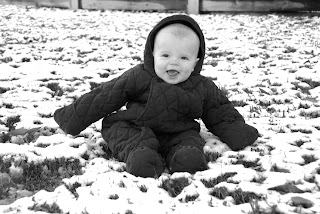 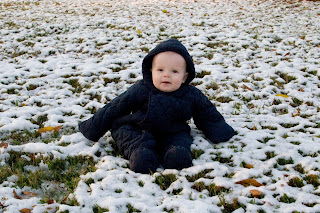 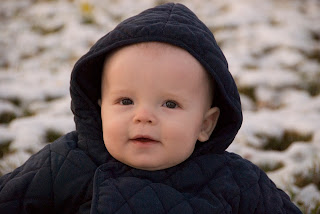 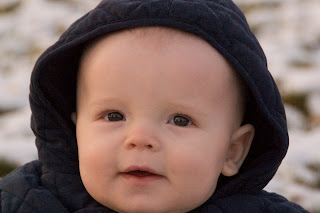 Then gravity took over. 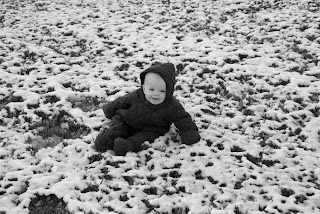 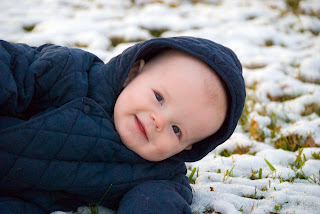 And Jackson made his first snow angel.

It was a nice surprise to get to break in Jackson's snowsuit so early. There is still plenty of room for him to grow before his (most likely) next snow encounter - our trip to Colorado in January. Until then, we'll have to find other things to entertain Jackson... 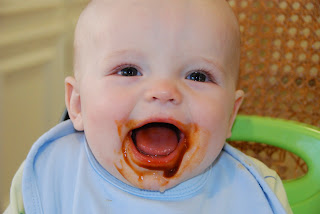 Posted by Noelle MacGregor at 11:12 PM

That photo of J falling over in the snow = "A Christmas Story." Totally cracking up.

So glad he likes the snow. What a cute set of photos!

Still no snow here in Scotland - no doubt soon we hope. Great photos.