I love how much Jackson's imagination has come alive in the last few months. He comes up with some funny stuff. In this photo the rocking chair became his tow truck. He's towing his plasma car. At one point though I guess he decided he'd just stop and fix it himself instead of towing it to the repair shop. 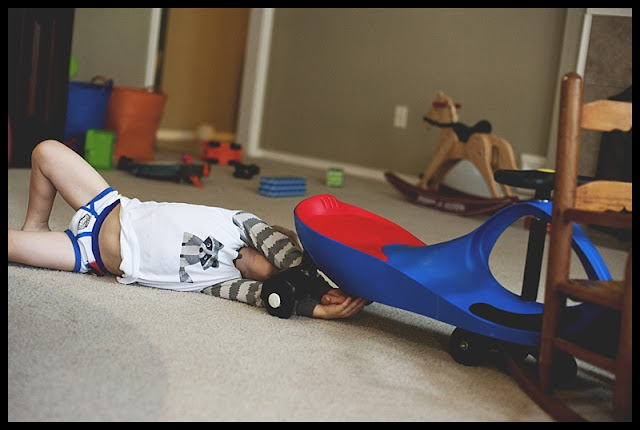 Shortly after he operated this a restaurant on the ottoman that served milk and raisins.  Your seating options included the plasma car, rocking chair, or rocking horse.
Posted by Noelle MacGregor at 12:52 PM

You would think he has seen someone do this!