Jackson is very interested in pants. For the past week or two he's been very interested in taking his off and attempting to put them back on. Last weekend there was a stretch of probably an hour when he attempted to do this over and over again. Only, he couldn't - so we had a grumpy frustrated boy.
Today, out of the blue, he took his pants off. Uh oh. Not again. I did convince him to sit on his bean bag chair so he wouldn't fall and get hurt while trying. A minute later we looked up and there he was - pants on and smile on face.
Once you can put your pants on, you just aren't a baby anymore. I guess we should acknowledge that he's a toddler now.
Here's a series of bad photos. They are pretty boring, too. But, they entertained us. 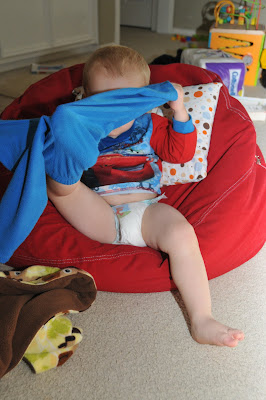 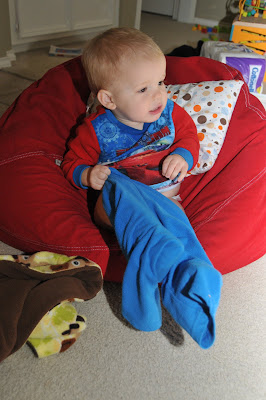 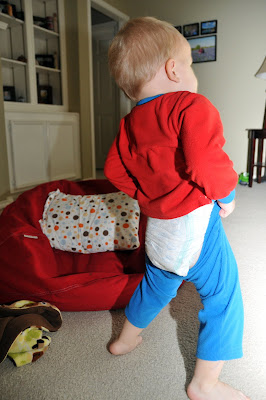 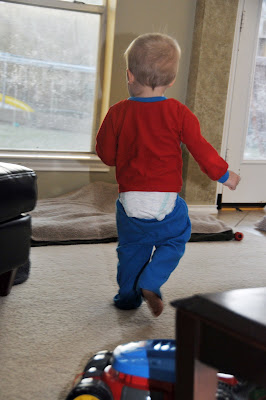 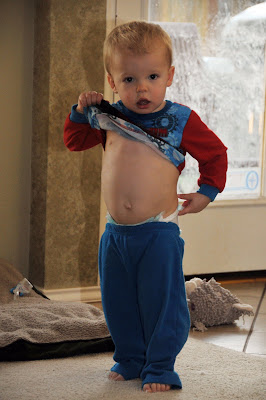 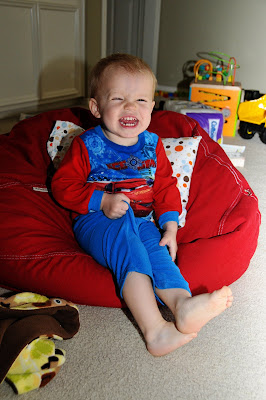 Posted by Noelle MacGregor at 2:47 PM

I wonder if he'll ever become interesting in gigantic ones or wearing them backward.

I think these are hilarious! :)

That is funny because Neil has really been into his pants too for a while. He likes to take off his pants and diaper and run around like a nut. He is very proud of his nakedness. :)

Those weren't boring! I laughed out loud. Especially at the third one. It is funny how baby boys and old men are so similar.