This week Jackson turned 11 months old. There's less than one month until the first birthday; it's so hard to believe. Everyone told us the first year will go quickly and boy did it!

This month, more than anything, we got to see Jackson's mind develop. Jackson loves to say Uh oh and he has a favorite toy. He is obsessed with turning the light switches on and off, opening and closing anything and everything, and loves bubbles. He had his first trip up on the trampoline for a bounce and first visit from the McGrath clan.

Unfortunately and fortunately Jackson had his first surgery. He got tubes in his ears. Since the surgery (knock on wood) his ears have been great. His pediatrician, Dr. Gonzalez, said his ears haven't looked this good since the day he was born.

This month Jackson got a new bedtime! The 4:30am wake-up calls got to be too much for us, so at Daylight Savings, we didn't adjust his bedtime. Now we start his bedtime routine at 7:00 p.m. or later and he is asleep by 8:00 p.m. That means (knock on wood again) that Jackson has been sleeping past 6am almost daily.

On his 11 month birthday, we took Jackson to the Children's Museum to celebrate! 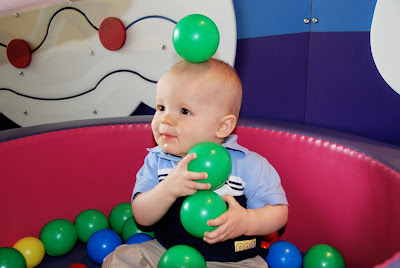 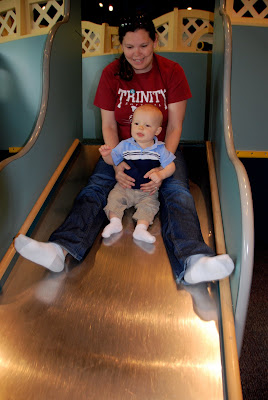 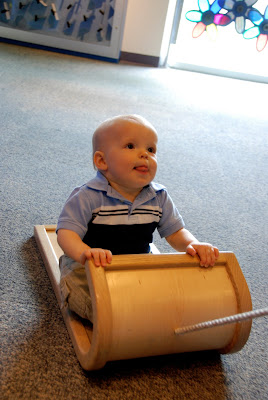 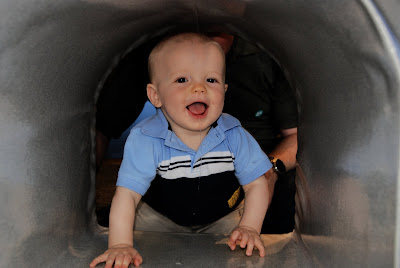 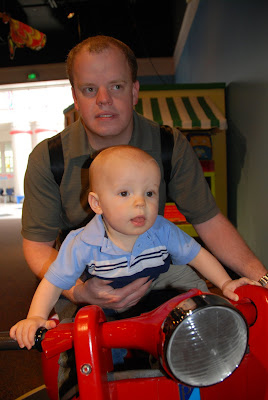 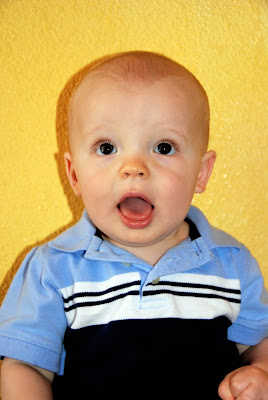 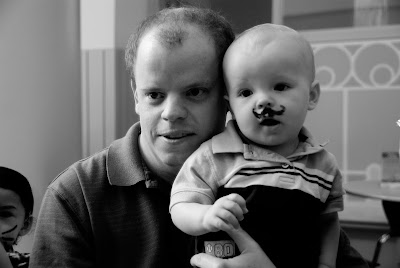 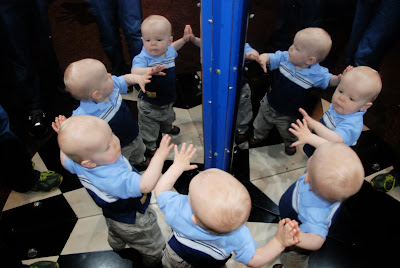 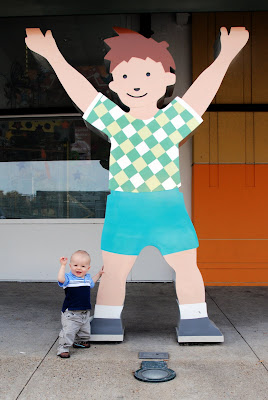 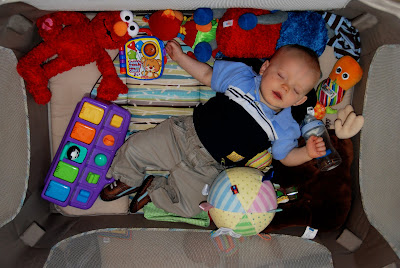 Posted by Noelle MacGregor at 2:13 PM

Yeah, that painted on stash photo is totally going to be copied. FYI.