Jackson's favorite friend Graciela just turned three and had her party at Old MacDonald's Farm in Humble. The boys had a ton of fun despite how incredibly hot it was. Ben rode a horse for the first time and Jackson got to play in a huge pile of dirty. 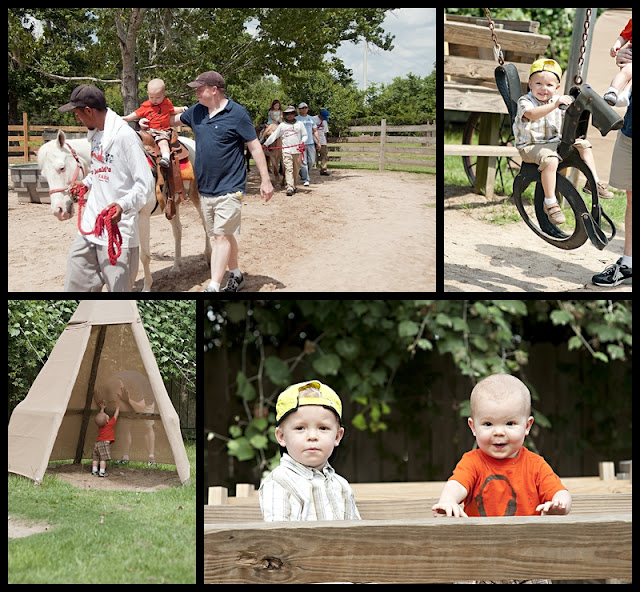 Obviously Ben and Jackson had different thoughts about whatever it is they are looking at in the photo above... 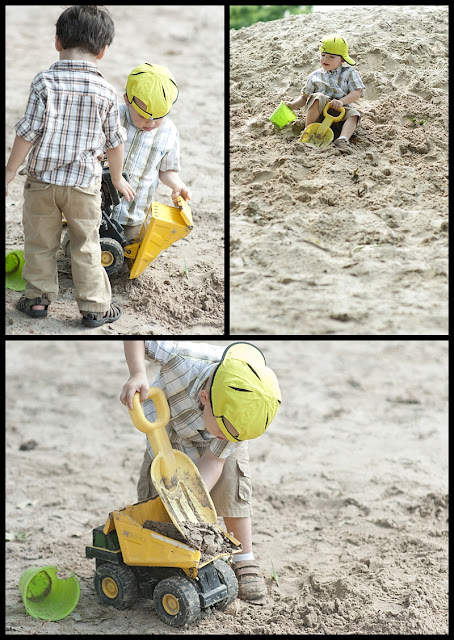 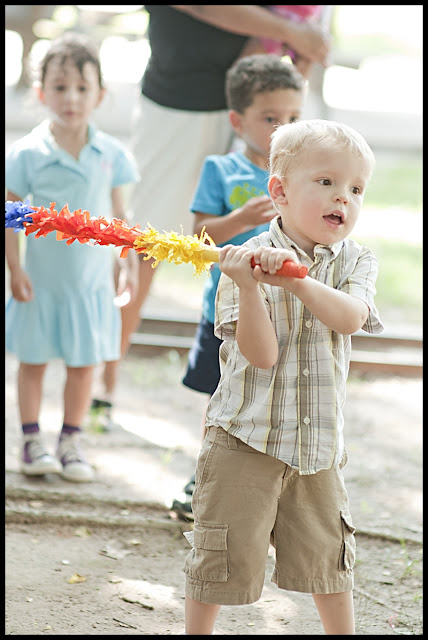 So...my son decided to hide the toys he was using (in the huge sand pile) under a truck so that nobody would play with them while we went to ride the train...yeah... 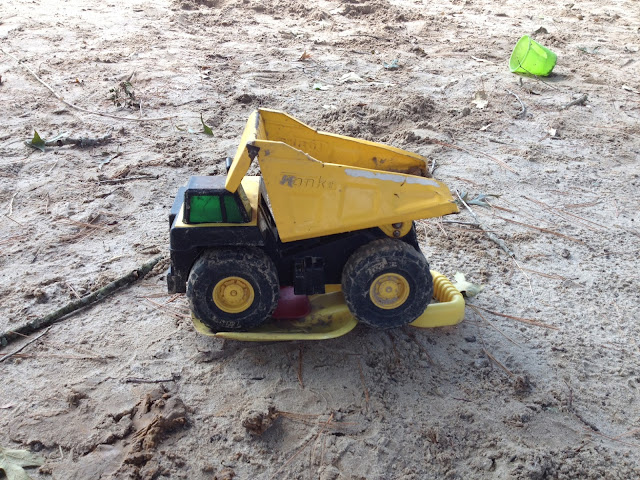 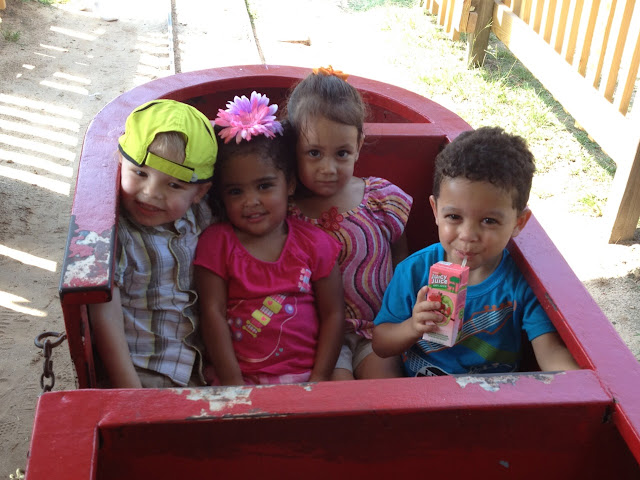 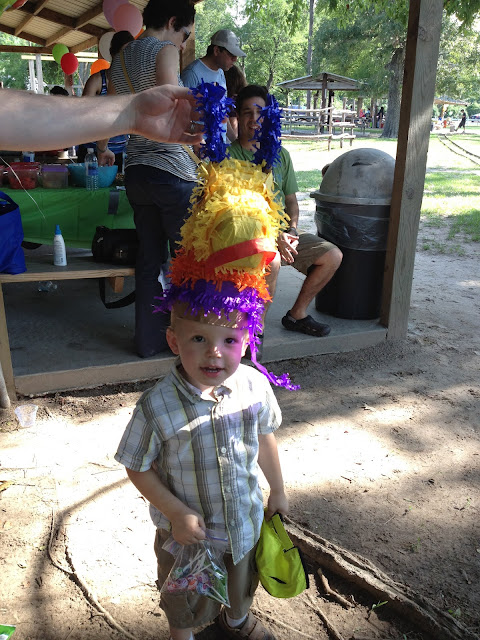 Posted by Noelle MacGregor at 10:02 PM