Our neighborhood is pretty awesome in many ways. One of them is the parties. A few times a year, the neighborhood throws a party...and they go ALL OUT. This year is the first time we've done more than drive by. They had everything! They had pics with the Easter bunny, face painting, huge slide, balloon animal maker, Coney Island hotdogs and nachos, sno-cones, ice cream cones, petting zoo, pony rides, dj, kid contests (hula hooping, bubble blowing) egg hunt, and more. It was awesome for the most part.
One thing that was not awesome, was some of the adults. Sometimes adults amaze me. The first picture below is the scene at the Easter egg hunt. These adults (in the hats) were standing in front of Jackson. When the hunt started they WOULD NOT move out of his way to let him in. The neighborhood had the area divided up so Jackson was in the 3 and under area. Finally a parent nearby moved to let him in. Then, the lady in the hat (with a little baby that could not walk) jumped right into where Jackson was and using both areas, gathered all of the eggs in sight and filled her baby's basket (that was already overflowing). I'm sure the 6 mo old will enjoy eating the choking hazards in the eggs. Jackson had fun, so I don't care that he didn't get a lot of eggs (1.5 eggs), but the lady was so ridiculous. Later Jackson found empty shells that kids ditched and had a blast picking those up. I also had a lot of fun because Rob held Ben the whole time and my brother took most of the pictures, so I actually got to spend some time with Jackson. 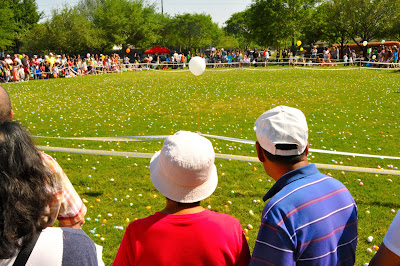 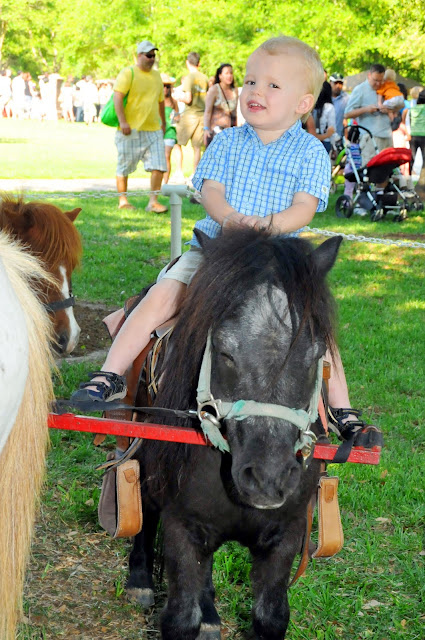 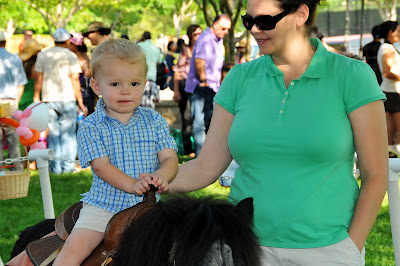 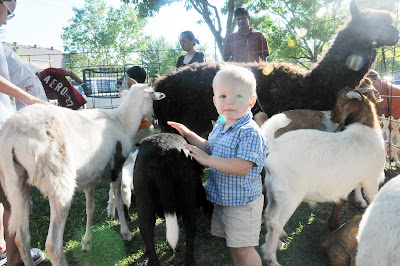 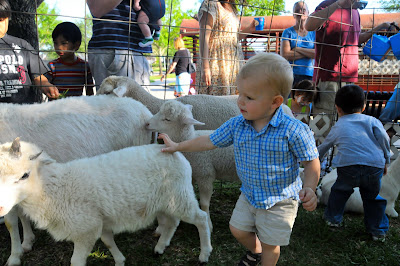 Posted by Noelle MacGregor at 3:12 PM

Loved the popped balloon pic...and then I saw the eating the grass ones - fantastic!!